Integration engineer Anthony “Tone” Johnson lived the rock star life before he saw an opportunity to integrate his creativity with his technical abilities.

Growing up, many of us dreamed of becoming a famous musician — touring the world, making music and performing in front of adoring fans on a nightly basis. Tone actually lived this life for a whole decade. He toured and recorded with his hip-hop bands, MassInfluence and Soundsci, for 10 years. He also established his own record label to help others follow their dreams.

Over time, Tone saw a significant shift in the music business — a democratization. When he started out, being a musician was expensive and required a wide assortment of equipment and tools. Today, all an aspiring musician needs is a good laptop, the right software — and a deep understanding of computers.

“I always wanted to find a way to bridge the creative aspect of art and the technical part,” Tone said. “Today, a lot of music is created on computers — people produce whole records literally on the computer and not on a piece of equipment like I grew up with.”

So, in many ways it was natural for Tone to go full-tilt into technology once he left the music industry. After earning his bachelor’s degree in computer science and management information systems, Tone found himself working in tech support. Later, having made his way up the tech support ladder, he was handpicked for a new kind of role at IBM — one that would help him engage both sides of his personality.

Today Tone works as part of the team behind the IBM X-Force Command Center. In his daily work, he proves that we should no longer be constrained by preconceived notions about left- and right-brain personalities. Instead, we should dive headfirst into technology and see where it can take us. Tone’s career arc shows that to succeed in the modern world, whether in music or in business, you need to be both technical and creative.

As an integration engineer with IBM X-Force, Tone is the self-proclaimed “Swiss army man” — he’s the guy with fingers in all the pies. He handles technical issues concerning applications, builds network infrastructure, configures components and applications to communicate and handles the creative content, such as graphics, videos and multimedia. A true jack-of-all-trades, Tone helps the team build gamified scenarios to challenge and test security awareness.

“It really uses all of my creative and technical self,” Tone said. “I’m a big believer in growth, and probably one of my biggest strengths is adaptability. True growth only comes when you place yourself in uncomfortable situations where you can test yourself mentally and technically in all different ways.” 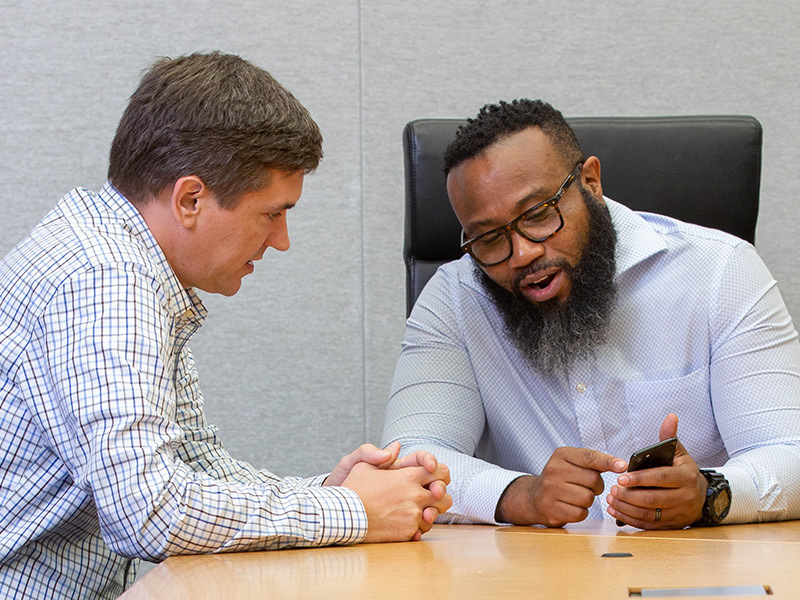 How Creativity and Technology Become One and the Same

Tone’s role as an integration engineer on the X-Force team incorporates all of his passions.

“The harmony lies in the creative challenge that is presented to me,” Tone said. “When I’m engineering a network infrastructure, and I have to automate it, those things are — in some ways — more technical than creative. But in other ways, you have to be creative to visualize and map out how you want to put things together.”

This ability to visualize the final product is perhaps the most direct way in which Tone’s past and current lives intertwine.

“I used to hear music before I ever made it, or I heard a mix of how music should sound before I mixed it all together,” he said. “I use those same disciplines now. I think the harmony lies in being able to switch the mind from technical to creative and creative to technical on any given problem and situation.”

Tone said he considers his ability to shift between technical and creative impulses as “a badge of honor and a strength.” This talent, he believes, stems from the necessity to understand whatever platform he’s working on — be it a computer system or mixing board. As a result, he’s learned to recognize creativity in a variety of disciplines.

The post Listen to the Music of Technology With Integration Engineer Tone Johnson appeared first on Security Intelligence.